Microsoft has offered me a job

Details pending a phone call next Monday.
Posted by Andrew Arnott at 11:13 PM No comments:

BYU has a list of rules posted all over campus about where and how bikes can ride and park.  Many of them are reasonable.  The really annoying one is that we can only park our bikes at installed bike racks.  There are too few of them, and they are not in the right places.  Depending on where you are on campus, you might have to park your bike 1-2 buildings away in order to get to where you are going because no bike rack is closer.  The worst thing though is that the racks that are there are too small.  During the school year, the bike rack between the Kimball Tower and the McKay building is so full that it is literally impossible to tie a bike up on the rack.  So what can you do besides park 3 buildings away?  I have tried tying my bike up to a nearby handrail or tree when no space was available on the bike rack.  I made sure it would not be in anyone's way.  And I've gotten warnings stuck on my bike by the campus police telling me I could get a fine for doing this again.

Stupid.  This university already has a serious car parking problem.  They could alleviate much of it by providing enough bike racks to encourage more bicycles.  There have been many days where I took the bus just because I figured I could not compete for space at the bike racks.  It's more friendly to the environment for me to take a bike.  BYU should encourage this behavior. 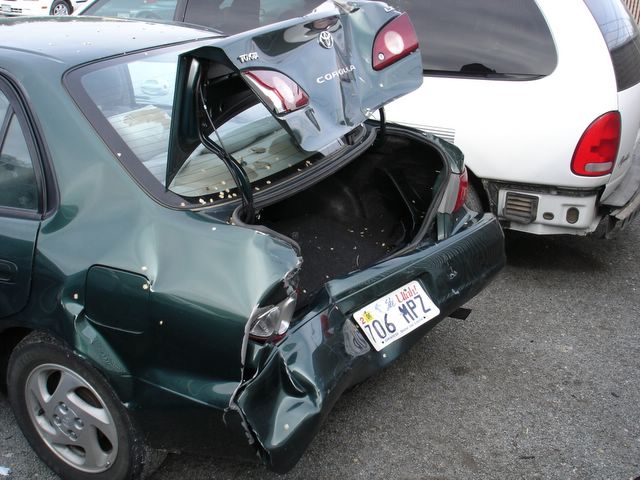 Posted by Andrew Arnott at 5:41 AM No comments:
Labels: Family news

On The Doer of our Deeds

These are some thoughts from the talk "The Doer of our Deeds and the Speaker of our Words" by M. Catherine Thomas.

"Is
it not obvious that we, created out of the very stuff of truth and
permeated by his power, cannot live against our own natures of light
and truth and intelligence without setting up conflict and spiritual
dis-ease within ourselves? The quality of our emotional and spiritual
existence is absolutely governed by divine law, and whether or not we
know about these laws, or observe them, we are continually and
profoundly affected by them. I suggest that at the base of much low
self-esteem lies not only spiritual conflict but a deep
selfdisapproval, whether conscious or not, over neglect of the
spiritual laws that govern happiness and freedom."

True
true. We are at the core spiritual beings who rejoiced when Heavenly
Father presented this plan to us for coming to earth.

"Often
doors have closed before us that seemed to lead to the opportunities we
thought we had to have. We assumed that the closed door was a
reflection of some inadequacy in ourselves. But perhaps the closed door
had nothing to do with whether we were good or bad or capable or
incompetent. Rather, a loving Father shapes, even now, our path
according to a prearranged, premortal covenant."

As a
missionary I was twice in a situation where I was a zone leader and
"demoted" to a district leader. Both times I partly resented the
change. Both times I later saw the wisdom behind the assignment.

I have become aware of how demanding of attention the self is. What a lot of prayer
and deliberate living it will take for me to remove my self as the force in my life. I
have
become aware that all my sins rise out of the self-absorption of my
heart—impulses rising like the ticking of a clock in their persistent
quest for self-promotion, self-defense, and self-gratification. It
seems as though a change is needed at the very fountain of my heart out
of which all thought and emotion rise. Could I actually come to the
point where I could act without calculating my own self-interest all
the time? Could I really live my daily life so that I was constantly
searching out the Lord’s will and drawing down his grace to accomplish
it?

This is the changing of our motive, that is so desireable.

Posted by Andrew Arnott at 4:18 AM No comments:

Remember Mary Poppins? Remember Bert, the chimney sweep who is friends with both Mary Poppins and the children? Well, one day Bert tries to "jump into" one of his chalk pictures with the children. These are the directions he gave to the children:

At this point, Bert and the children jump onto another concrete square--the one with the picture drawn on it. Nothing happens. Mary Poppins then chimes in:

"Bert, why do you always complicate things that are really quite simple. Give me your hand, Michael. Don't slouch. 1, 2..."

And everyone seems to jump without trying, and they travel into the magical world of Bert's picture.

Why didn't it work the first time? Bert thought he knew how to make the magic. Later in the movie you find out that Bert and Mary Poppins had had previous adventures together. Perhaps these instructions he gave were what he was doing when the magic happened before. But he left out the critical element, and actually the only element that was necessary: Mary Poppins.

While Mary Poppins was working magic, Bert was only aware of his telestial actions, and began to believe that they had something to do -- in fact caused -- the magic. He was mistaken, and the children were disappointed.

I tie this to conversion in the gospel and the Spirit. Many missionaries in training positions have taught techniques for door approaches, or special ways of leading discussions, that they promised would double baptisms. I have heard many, many promises. I have never witnessed or even heard of a story where applying the technique actually worked. On the other hand, when I and other missionaries have applied the Spirit, and put our whole faith in that, and followed the Spirit's guidance -- that is when the conversion happens. Now the unaware companion to the missionary who is led by the Spirit may inappropriately attribute the success to the techniques he used, rather than the true source.

The fact is that Heavenly Father is the source of all truth, all power, and true conversion. We must attribute each success to Him. And if we want to see an increase in baptisms as missionaries, we must focus on improving our relationship with Him, become familiar with the scriptures, and become more influenced by the Holy Ghost.

Sound preachy? Maybe there's a reason General Conference sounds preachy. I submit to you my testimony: that there are many pure and splendid gospel truths that are only accessible through the scriptures and the power of the Holy Ghost. No wonder the brethren keep hitting on personal scripture study and prayer over and over again. They want us to have what they have. They can't give it to us. They can only teach us how to obtain it for ourselves.

God loves each and every one of us. He wants us to feel his love always. We must be in tune to feel that.